Today I got my hands on something that’s very cool. The SLG3000. It’s a tiny dedicated unit that produces scanlines for game consoles or emulator setups where you don’t have a scanline option in the video settings, or when you don’t want to put extra processing strain on your emulator setup. It will accept VGA source video through it’s VGA input (female) and output it with added scanlines through it’s VGA output (female). This thing doesn’t need external power, as the video sources’ sync line can make it work anyway. Pretty damn cool.

It has some nifty settings that you can access by setting the DIP switches on the unit. For example, you can choose to apply these scanlines to even or odd lines. This comes in handy when you have an interlaced Dreamcast game, as the scanlines can mask this effect leaving you with a flicker/interlace free picture. It can also add that missing “CRT” feeling for recent console ports of arcade titles. Some ports don’t upscale the graphics or use ugly filters. A linear upscale of lowres graphics, such as pulling 320×240 to 640×480 (2x scaling, see) with added scanlines will look almost as good as a low res monitor outputting 240p with the real hardware scanlines a true arcade monitor can only provide.

I spent most of today’s free time testing this on my 22″ Acer LCD screen with my Dreamcast, a quick MAME test from my laptop and finally in my EGRET II running 24kHz. Below are some pictures. Some of these games are 31kHz ones, and don’t usually show scanlines on optimal arcade hardware, but I had it hooked up, so I might as well shoot some extra pictures. 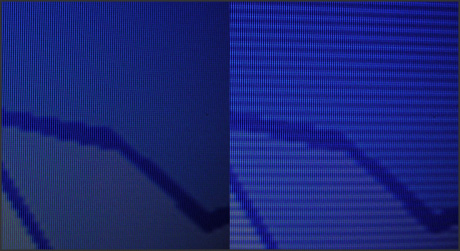 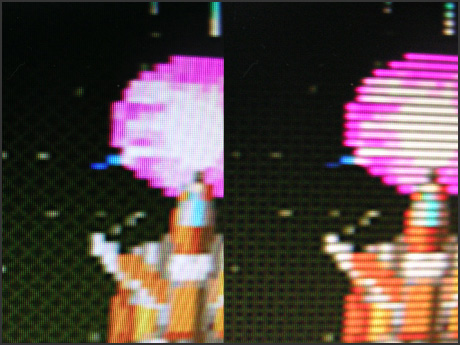 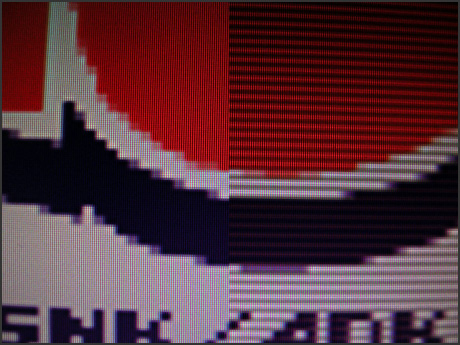 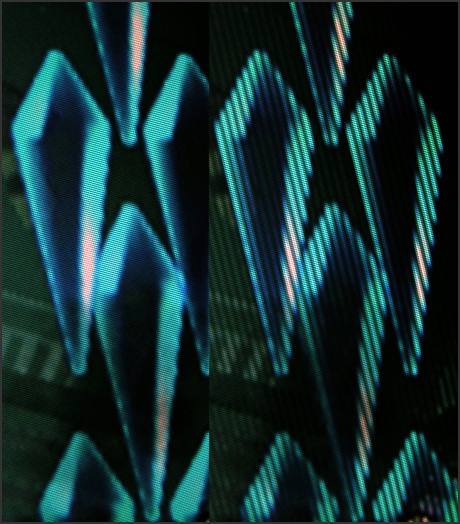 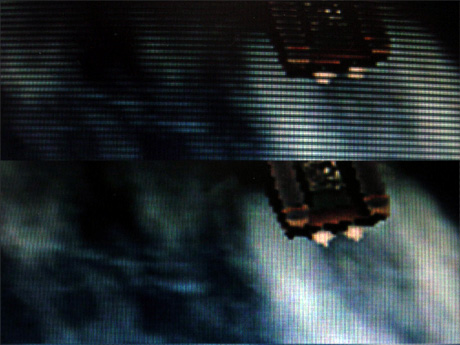 Ketsui (MAME) in (800×600 resolution (lowest my Windows7 laptop would output, left has scanlines) 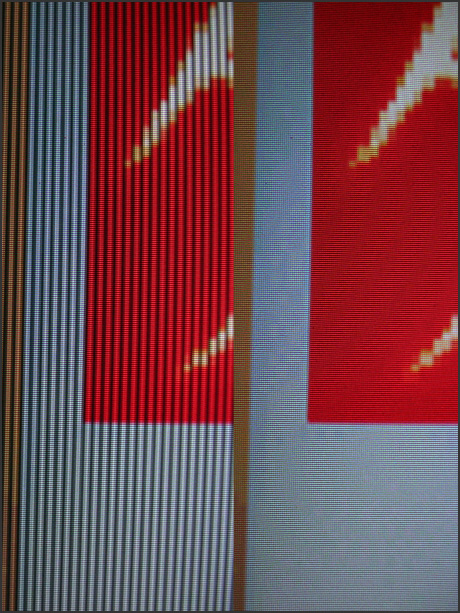 Another shot of Ketsui (MAME), this time I faded the image composition in Photoshop to show the difference between SLG3000 (top part) and just Direct3D output in MAME: 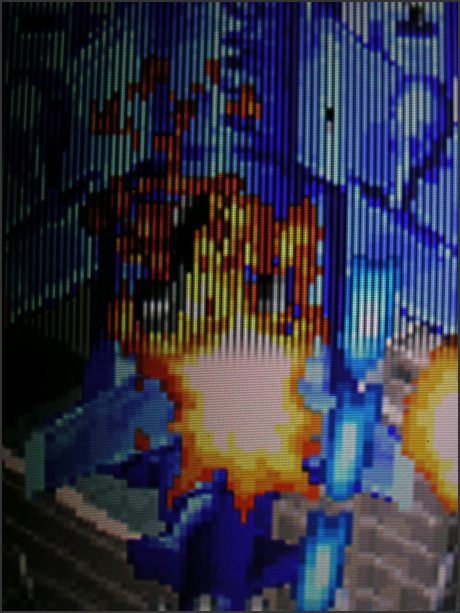 That concluded my testing on the LCD screen. I now moved the SLG3000 over to my EGRET II and put it between the XBox 360 (480p output) and my Ultracade Universal Video Converter (640×384 at 24kHz output) to see how it looks on the low res ports. I just had time to check out Do-Donpachi Dai-Ou-Jou Black Label Extra, but it wasn’t looking as hot as the LCD had done unfortunately: 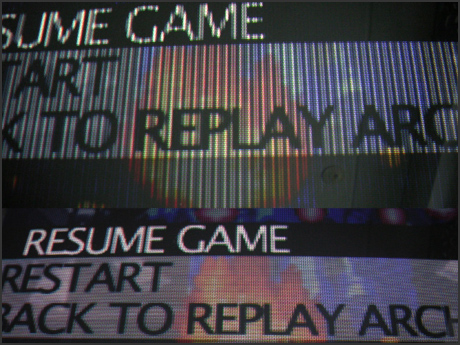 Keep in mind that the above has the scanlines turned all the way up. By setting it to “just visible”, the scanlines were actually pretty nice. But I don’t think I’ll waste the SLG3000’s potential on this. I might try some other DIP settings and see if I can get a better result sometime in the near future.

You can buy the SLG3000 from www.arcadeforge.de for a price of €49 + shipping. If you want to experience the arcade look on your current gen screen, then don’t wait for these to disappear. My only real gripe with the unit is that it has female connectors at both sides, meaning that it’ll need an extra VGA cable at the end. You can argue that if this thing is hooked up directly to a screen, the heavy VGA cable on the INPUT side might snap it in two etc. But that’s probably just me.