I got myself a pair of pretty sad looking TAITO arcade stools a couple of months ago but hadn’t had time to get them looking good until now (currently on vacation).

I took a photo of one when I got them, thinking the fabric was orange, but now in the process I actually noticed that these where red when they left the factory. :/ Japanese ass-sweat™ can do that I guess. 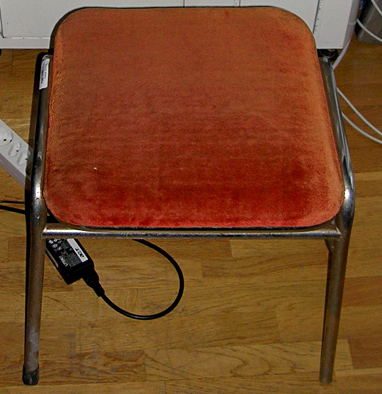 I then opened it in Photoshop and played around with the colour until I made my mind up to have a purple fabric to match my EGRET II’s: 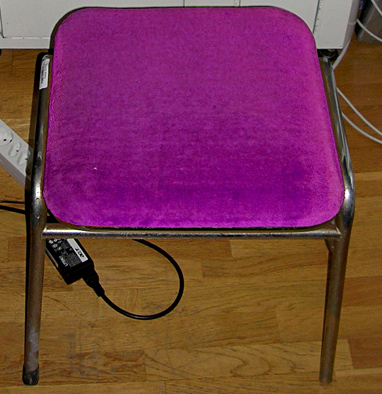 At the start of this week, I began the work on removing as much rust as possible from the legs, but having removed the worst, I still have a bit to go, so to keep myself motivated to continue, I took a break from polishing and began re-upholstering the cushions today.

(Before the steel-wool, sweaty workout on the left side, pretty awesome stuff)

Left to do on the legs is using Autosol chrome buffer to get a high shine. But now let’s go on with the cushion work for now. 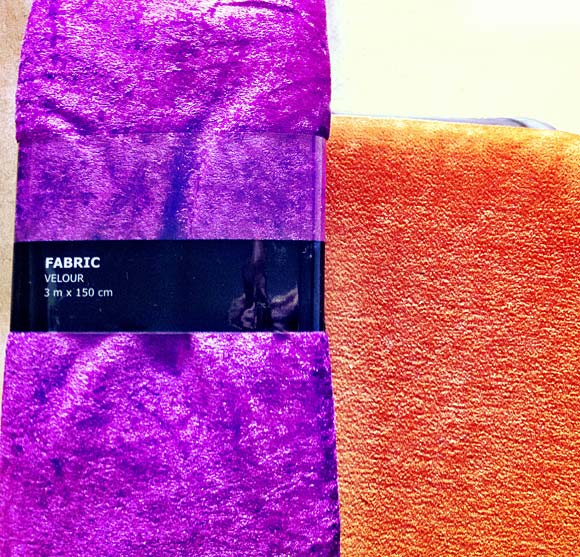 Got myself some cheap, but nice velour fabric to use. It’s quite thin, so I used two layers on top of the foam I used to stuff the cushion. 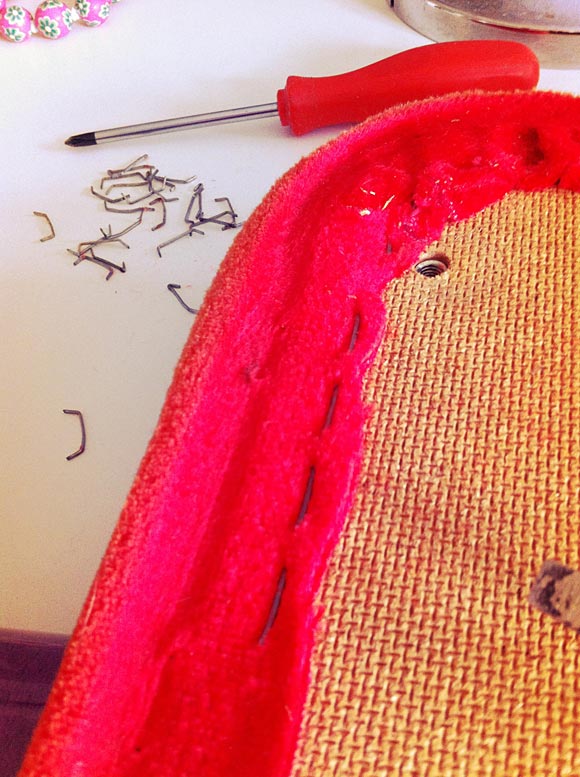 I took the above picture to show off the difference between the original red and the orange, but it’s not that visible in the picture, sorry. You can see the particle board used in the seat though. 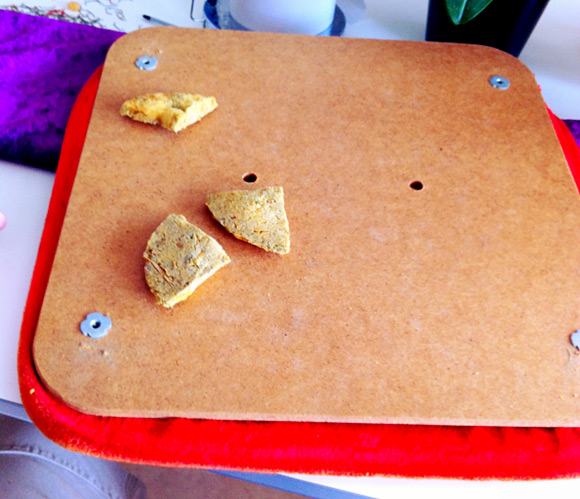 The one responsible for assembly of this stool used some extra pieces of scary foam as padding on the screws, but I just used a thicker, nicer foam instead. 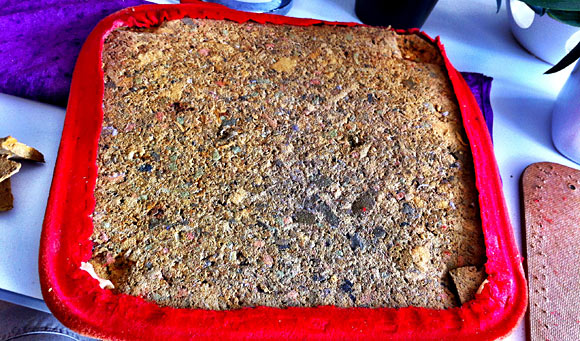 Scary, huh? It’s pretty thin as well, I wonder what it looked like when it was installed. 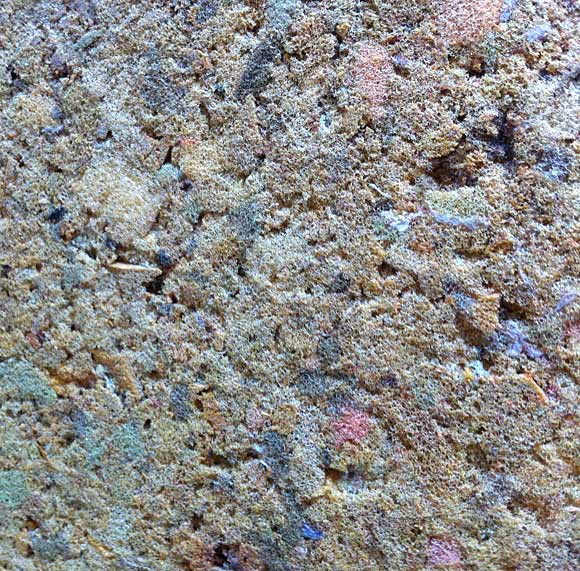 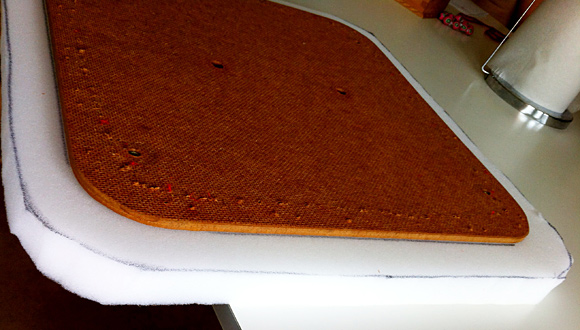 The new foam. I’ve seen people use the old foam as a reference, but mine just disintegrated so I binned it ASAP. 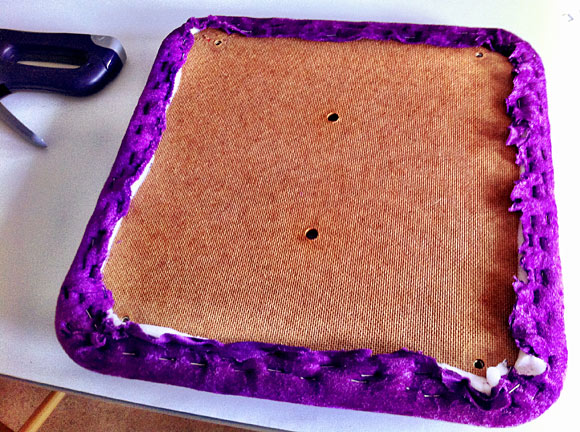 I hurt my hand a while back in an accident at work, so doing this was a bit tricky. I know it’s not perfect but I think it looks OK. 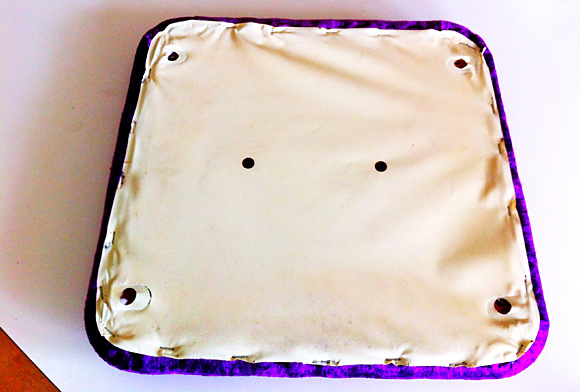 I then re-used the lining that was originally on here, but tried to align the holes a little better. Looks better in real life. 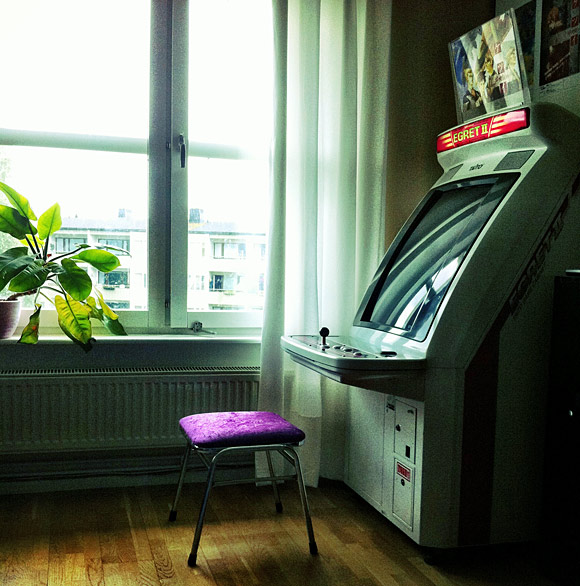 Et voilá! I took a couple of more shots as well: 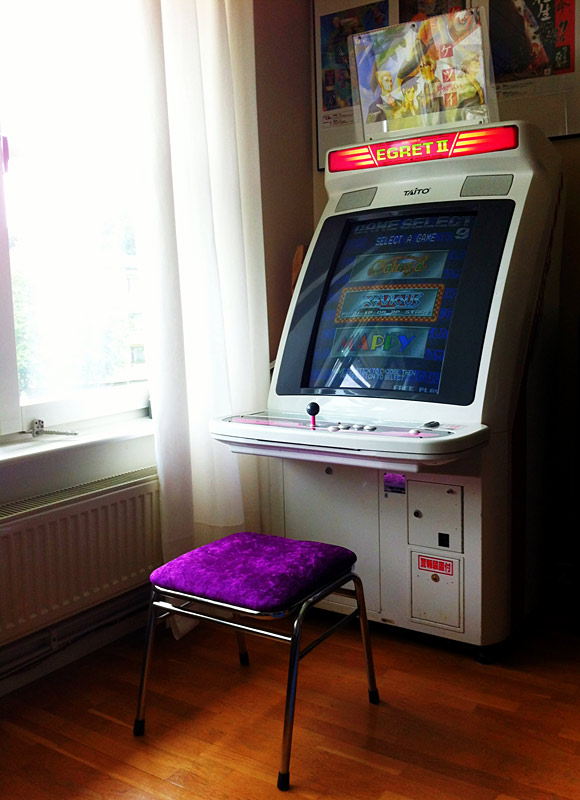 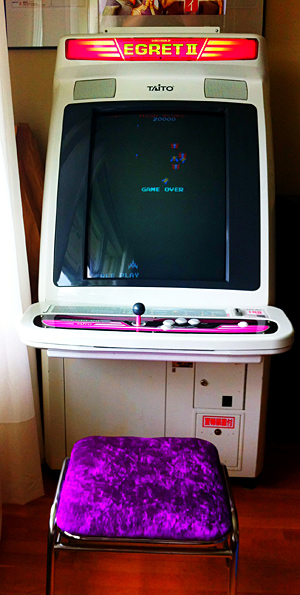 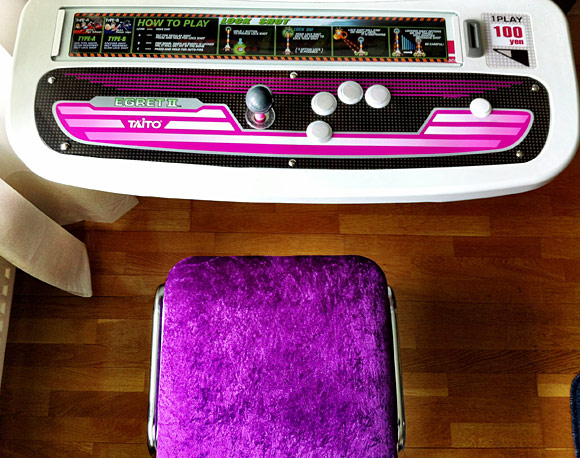 I’m off to the post office now to pick up new plastic feet for my stools. These are known as ferrules should you need some and can be bought from ebay etc. You’ll want 19 mm ones and plastic, not rubber or they will break on you. I might do the other one later today.

Picked up the ferrules and they are awesome. 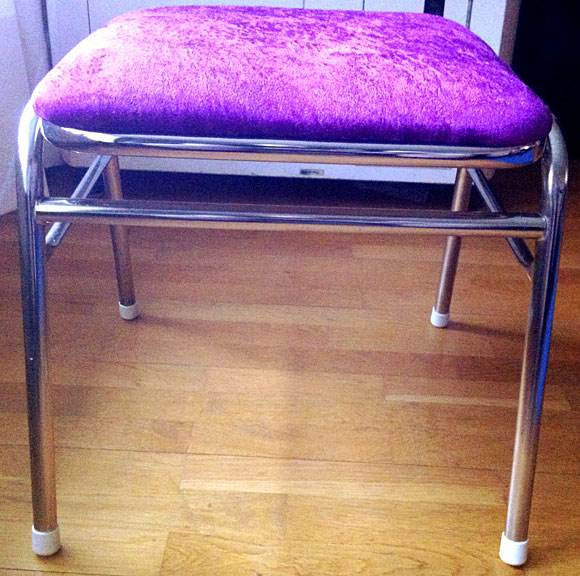