I found a very cheap HORI Tekken 6 | Game + Artwork book + Arcade stick bundle, but never clicked with the stick or the artwork, so I started working on a fitting artwork, looking at hardware modding possibilities etc.

The first thing I did was trying to make the sloppy HORI joystick feel more like the quality parts I’m used to. The easiest way I found someone had come up with was switching out most of the sucky parts for quality parts with just some light hardware modding.

By switching out HORI guide to a SANWA JLF octagonal gate (you drill 4 holes in the latter) I felt that the stick handled much better. I then switched out the default microswitches for the stick with the kind used in Seimitsu LS-32, and also used a SANWA JLF spring that I pulled out to twice the original height. Much better.

Then I started sketching the artwork. At first, I had considered buying a Mad Katz Street Fighter IV Fight Stick (the smaller type) but I couldn’t find one cheap enough (I don’t see myself using an external stick when I have an EGRET II enough to warrant an expensive stick). So the artwork I had started to work with for the Mad Katz stick was considered for the HORI, but it just didn’t feel right. It was a generic CAVE 360 shooters stick, but then Guwange was gonna be released, and that’s one of the coolest concepts ever for a shmup, and I already had the logo as a fun side project so I started to work on a layout. Artwork 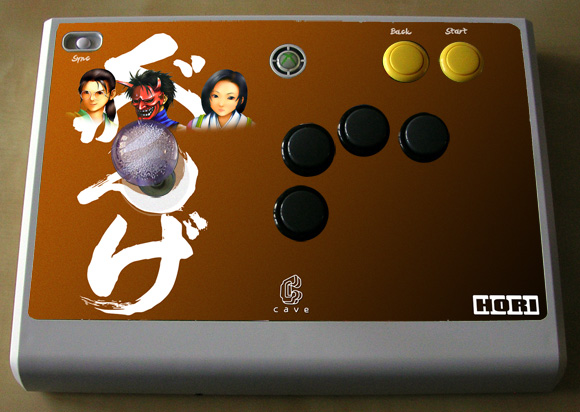 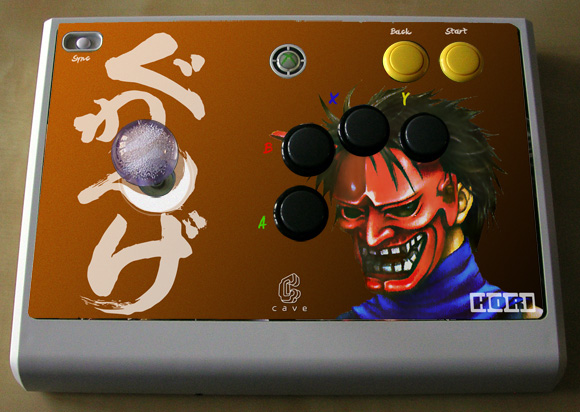 I asked around at a CAVE forum which artwork looked better, and most liked the second one. I concurred. I then added plenty more details, like trees in the background, the pick-up items from the game, found a font that is similar to the western font used in the Japanese only arcade game and polished the artwork until I felt that the artwork was in “the right place”. My goal was to have an “official” look to it, so that’s why there’s a HORI logo at all.

Here’s the final mock-up of the artwork, but before sending it off to GameOnGrafix for printing, I changed the transparency on the logo, text and the bottom row of icons: 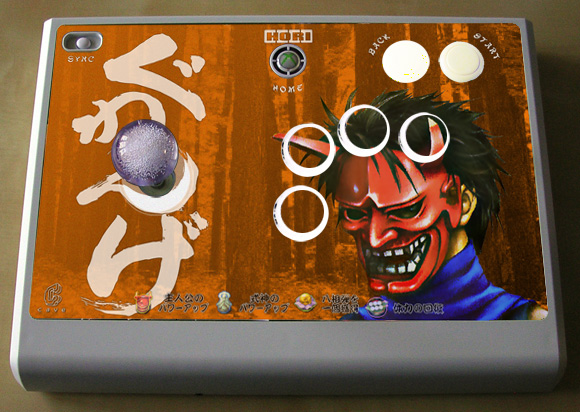 I then placed an order from Akihabarashop for: New parts

If you’re like me, once you get used to a certain quality, it’s hard to use anything inferior if you can help it. So I got the following for my stick:

I was lucky, and the parts (Japan) and artwork (U.S.A.) arrived the same day. 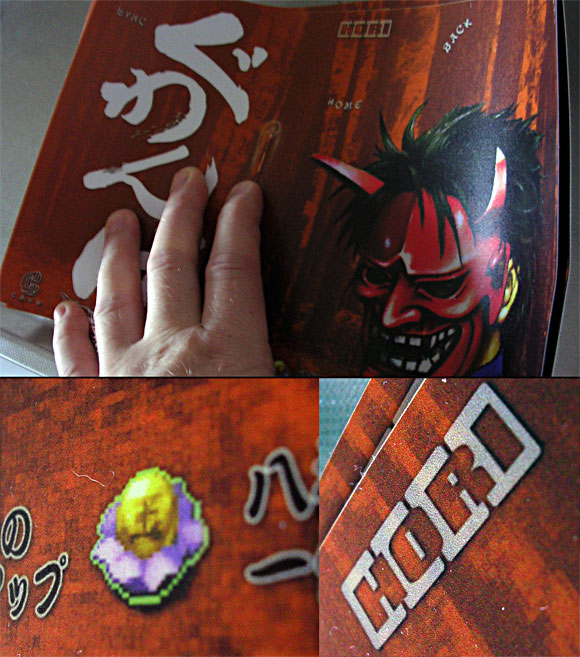 For some reason, I got two copies of the printed artwork. This will come in handy some rainy day, because of the FAIL a bit down on this page. Internal modifications

I didn’t take any “before” pictures, just the finished result. HORI uses PCBs instead of wires for the production to be as cheap as possible, but I’m not complaining, as the stick is very neat, and cheap. I don’t get paid to assemble sticks though, so I could take my sweet time soldering, crimping connectors etc.

In the picture below, you see the SANWA gate (new switches under it), button PCB removed and those red clad disconnects are all done by me. All the new buttons are in place. Artwork as well. I refuse to play anything with more than 4 action buttons, so I haven’t used more buttons than that. Also, artwork is important. 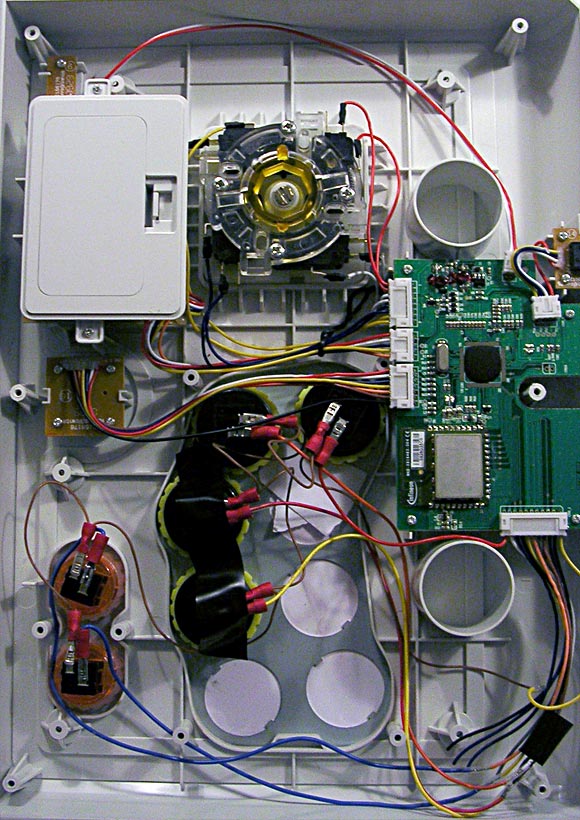 A good friend with a Dremel helped me drill the button holes so the 30 mm Seimitsu buttons would fit. As the HORI buttons are machine soldered to a PCB, they can’t be allowed to turn thus breaking the solder, so the clever engineers put “tabs” in the holes that keep them from turning. Also, the HORI buttons are a bit smaller. At first I had a crazy idea that I would just keep the HORI rims and switch the button innards (switch, plunger), but while they do fit, they keep sticking as soon as you put them back in the stick. So close to a power tool-free mod. Applying the artwork

I admit it, I’m lazy. I pulled the Tekken 6 artwork off gently, then used it as a guide to cut out holes for stick, sync button and HOME button as well as the outline of the artwork. This resulted in a small disaster as the sync button hole has a rather jagged outline, and the rounded corner for that looks like crap. 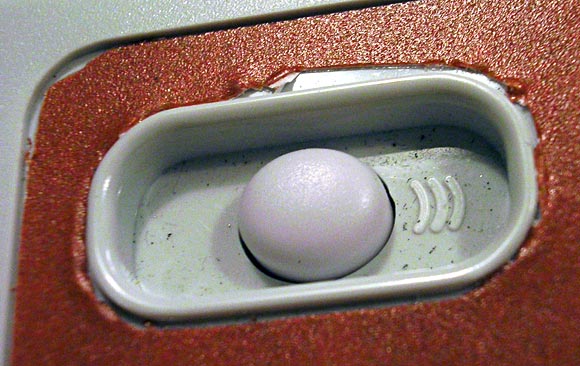 This is really the biggest mess I did, and considering this was my first time, I should have just used a pair of scissors for the outline and it would have been much smoother. This is where the “rainy day” extra artwork will come in handy. But not any time soon.

Let’s have a look at the buttons instead. Matching the “hair pieces” was a bit tricky:

And a couple of shots of the orange START and BACK buttons:

And after I had put the artwork inside the button plungers, I got the idea to use the cut out piece of the joystick hole as well. Looks brilliant! 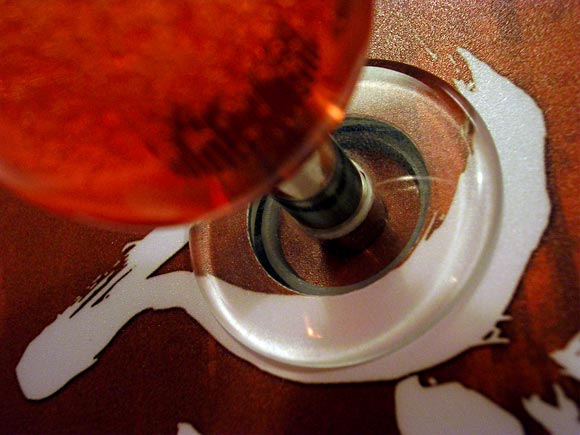 And the finished product in all of it’s glory: 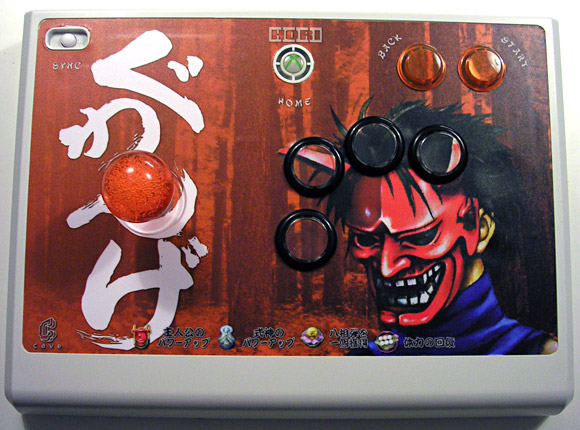 Mock-up as a comparison:

It does look like the right mask horn is slightly askew, but it’s easy to turn it right.

As a side-note: I’ve also added O-rings between the buttons and the stick plate, or they will turn way too easy. Guwange is now available as an XBLA download for the XBOX 360. Check it out!